Polo requires a high level of athleticism. Here a player on the Bogota Polo team lunges for a ball while trying to maintain control of his polo pony. (Photo by Jerry Walker / Cronkite News)

SCOTTSDALE – It is not every day that a public address announcer at a sporting event interrupts mid-match to announce that a VIP is flying over the field in a private jet to tease a later arrival at the event.

Yet at the Bentley Scottsdale Polo Championships, that was just one example of the level of luxury on display.

Polo is called “The Sport of Kings” for a reason, and it continues to have a reputation for being a sport exclusively for the upper class and even royals. However, during the recent Bentley event – also known as the “Polo Party” – at WestWorld, there was evidence that the sport was reaching out to a wider audience.

“I think there’s definitely been – and probably still is – a stigma about the sport and that it’s only played by elitists and royals,” said Nic Roldan, America’s top player and one of the top 10 in the world. “But I think clubs like the (Arizona Polo Club) here. They’re bringing accessibility to the sport and there are clubs all around the United States doing the same thing. ”

A version of polo emerged as a way to train for battle in what is modern-day Iran around 600 BC, according to the Museum of Polo and Polo Hall of Fame. The modern version of the game developed in India in the 1850s and spread across the world.

In the sport, four horse-mounted players on each team try to advance a ball and score goals using long-handled mallets. Today, polo is played in 77 countries and there are more than 4,500 players in the US competing in more than 275 registered clubs, according to the Museum of Polo.

And a Forbes report in 2015 found there had been a 185% increase in revenue brought in by polo events over the three previous winters with the International Polo Club (IPC) adding over a hundred new member clubs in that span. 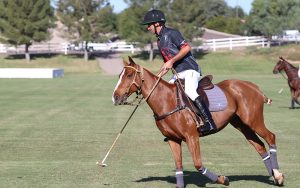 The sports growing popularity is on display every year in Scottsdale.

Following a significantly smaller turnout last year due to COVID-19, the Bentley Scottsdale Polo Championships returned to full form in 2021. It was the 10th anniversary of what has become America’s most-attended polo event, attracting more than 12,000 spectators this year.

With tickets starting at $ 30, the crowd crossed social and economic boundaries.

While some spectators dressed to impress, there were also a lot of new polo fans decked out in shorts and wearing t-shirts with the names of rock bands or sports teams, much as one might see on a warm, sunny day at a baseball game or walking through Old Town Scottsdale.

Alongside the field, sponsors pitched VIP tents and there was space for fans willing to pay for pitch-side parking, where they set up tents and tables much like a college football tailgate.

Of course, it was a little more luxurious than a typical tailgate with tables laid out with glistening glass containers of food and drink much like the spread at the sponsored tents.

When the polo ponies trotted onto the field it did not matter if one was sitting in a fully serviced area or in the bed of a truck. Everybody cheered and followed the action.

For Larry Crane, who was attending the Polo Party for the first time, the crowd’s enthusiasm for the sport came as a surprise.

“Now, the polo match has been great; it’s been fantastic, ”Crane said. “The scene surrounding the polo match is what surprised me. It’s active and alive and just has lots of positive energy. ”

The crowd was engaged throughout the matches, and especially got into between each “chukker” – a period of play in polo – when members of the crowd took to the pitch for the traditional divot stomp. They all stomped the divots of turf kicked up by the ponies back into place before play continued in the next chukker. 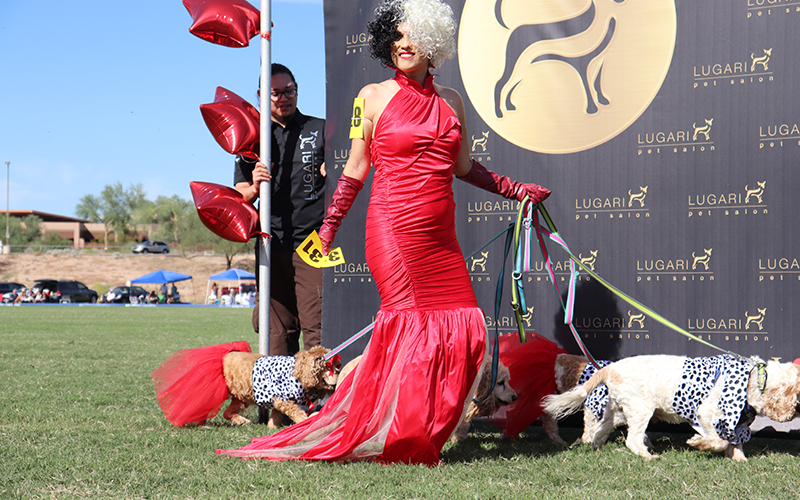 A variety of outfits were spotted at the polo competition at WestWorld. Some fans came in T-shirts, others went with more glamor. (Photo by Jerry Walker / Cronkite News)

The Arabian Horse Association of Scottsdale also performed during breaks between chukkers with three horses and their riders dressed up for the occasion in matching outfits.

For the more serious polo aficionados, the main draw of the event is the high level of polo being played at the Polo Party and in Arizona.

The event drew teams from around the US as well as clubs from Argentina and Colombia. The star of the event was Roldan, who estimated it was the third or fourth time he has competed at the Polo Party.

“I love it. It’s always a fun event to come to, ”said Roldan, who played for the Aspen Valley Polo Club, the same club that Prince Harry, Duke of Sussex played with over the summer.

“Scottsdale is just such a great city and we are just looking forward to a great event and the weather is going to be great as always,” he said.

But make no mistake. There was no shortage of luxury on display at the event.

People came for the polo but many stayed for the trappings and people watching, shopping at the various vendors, checking out super cars or sipping bubbly at champagne lounges.

One of the bigger attractions was set up by Barrett-Jackson, the luxury and collector car auction company that has been a part of The Polo Party since the beginning.

“We are hosting the Barrett-Jackson Champagne and Jazz Lounge,” said Rodney Scearce, director of public relations for automotive media at Barrett-Jackson. “Every year we bring a handful of the cars that we have consigned to our January Scottsdale auction sort of as a select preview.” 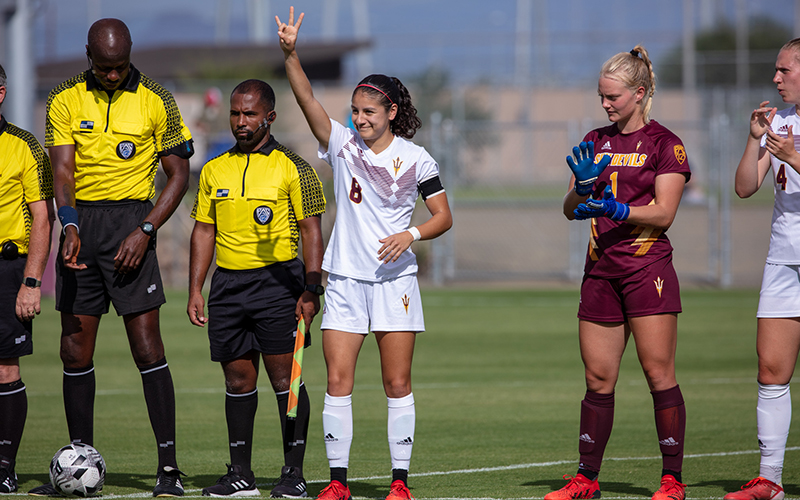 Inside the Barrett-Jackson event, fans could listen to live jazz music while enjoying as much champagne they wanted. Outside, several collector cars were on display, including a 67 ‘Ford Mustang Shelby GT500 Eleanor Tribute edition owned by recently retired San Francisco Giants catcher Buster Posey.

Posey’s GT500, which is a tribute to the car in the 2000 film “Gone in 60 Seconds” was one of more than 60 collector cards spread throughout the venue, ranging from a chrome white Lamborghini to the 1980s Mini Coopers to a car built in 1927.

Even people taking part in other events stopped by to check out the cars, including Jah Harris, a model in the Polo Party’s fashion show.

“Beside the fashion show, I’m not going to lie to you, I was looking forward to the cars,” Harris said. “They had some amazing cars last year and I expected the same this year as well.”

Fashion is another big part of the party, for humans and animals.

There was no shortage of color – pink, yellow, red, virtually every color on the spectrum – displayed in sparkling jackets, Kentucky Derby-worthy hats, stylish suits and stunning dresses.

Phoenix Fashion Week put on The World’s “Longest” Fashion Show in between matches and made sure that all of that color on display off the runway was just as noticeable as on it.

The humans weren’t alone in strutting their stuff. The party also included a fashion show for dogs. Some of the fan favorites included Dog Ross, Cruella de Vil with four dalmations and a fan dressed as a cereal box accompanied by a pooch disguised as a bowl of Froot Loops, which is probably not the food of royals.