We caught up with Maharaja Sawai Padmanabh Singh of Jaipur as he was on his way to the polo ground for a practice match in Jaipur, last week. Understandably so, since he was preparing for the Jaipur Open which is currently underway. Deeply passionate about polo and horses, the young king seemed at ease about the upcoming competition, while he was also fresh off a win at the Rajmata Gayatri Devi Memorial Cup. The 23-year-old maharaja is making a distinct name for himself on the polo field and one might go with the romantic theory that the game of kings runs in his blood. Padmanabh began playing competitive polo in 2015 in England and has been a member of the Guards Polo Club in Windsor.

He led the Indian National Team at Hurlingham Park which marked the first visit to the venue by an Indian team in over 70 years. He has also played with Prince William and Prince Harry in England in a competitive match in 2017.

With its mix of disarmingly youthful looks, sartorial flair and royal heritage, the king is fascinating to watch on and off the field. The eldest of three children born to Princess Diya Kumari (who is also a Member of Parliament and a member of the BJP) and Maharaj Narendra Singh – Pacho, as he is affectionately called in the family, was a 13-year-old when he ascended the titular throne of the pink city of Jaipur and was declared maharaja with all the customary pomp and pageantry. Today, the young man is redefining the idea of ​​a modern-day king. He is surely not your typical monarch; he walks on global fashion runways and is dubbed as the world’s youngest billionaire king. The 303rd descendant in Jaipur’s royal lineage, the stylish scion of the Jaipur Royal family, Padmanabh is the sweetheart of international elite circuits, having escorted Hollywood actress Reese Witherspoon’s daughter, Ava Phillippe, for her debut at Le Bal des Débutantes in 2017.

Living an extravagant royal lifestyle, Pacho is unapologetically a maximalist. He likes grand rooms, old family photographs, life-size paintings and period furniture. Known for his penchant for fashion, you can spot him in velvet bandhgalas made by his sixth-generation tailor at gala events and parties abroad and suits at formal events in India with initials on the shirt and detailing on the buttons. Though his maharaja title is not recognized by democratic India, Padmanabh takes his position with a sense of duty to continue the legacy and work of his ancestors. He is involved in several philanthropic initiatives including the eponymous charity foundation run by his mother. The flamboyant royal talks to us about what goes into the making of the modern-day king, his connect with polo and more… 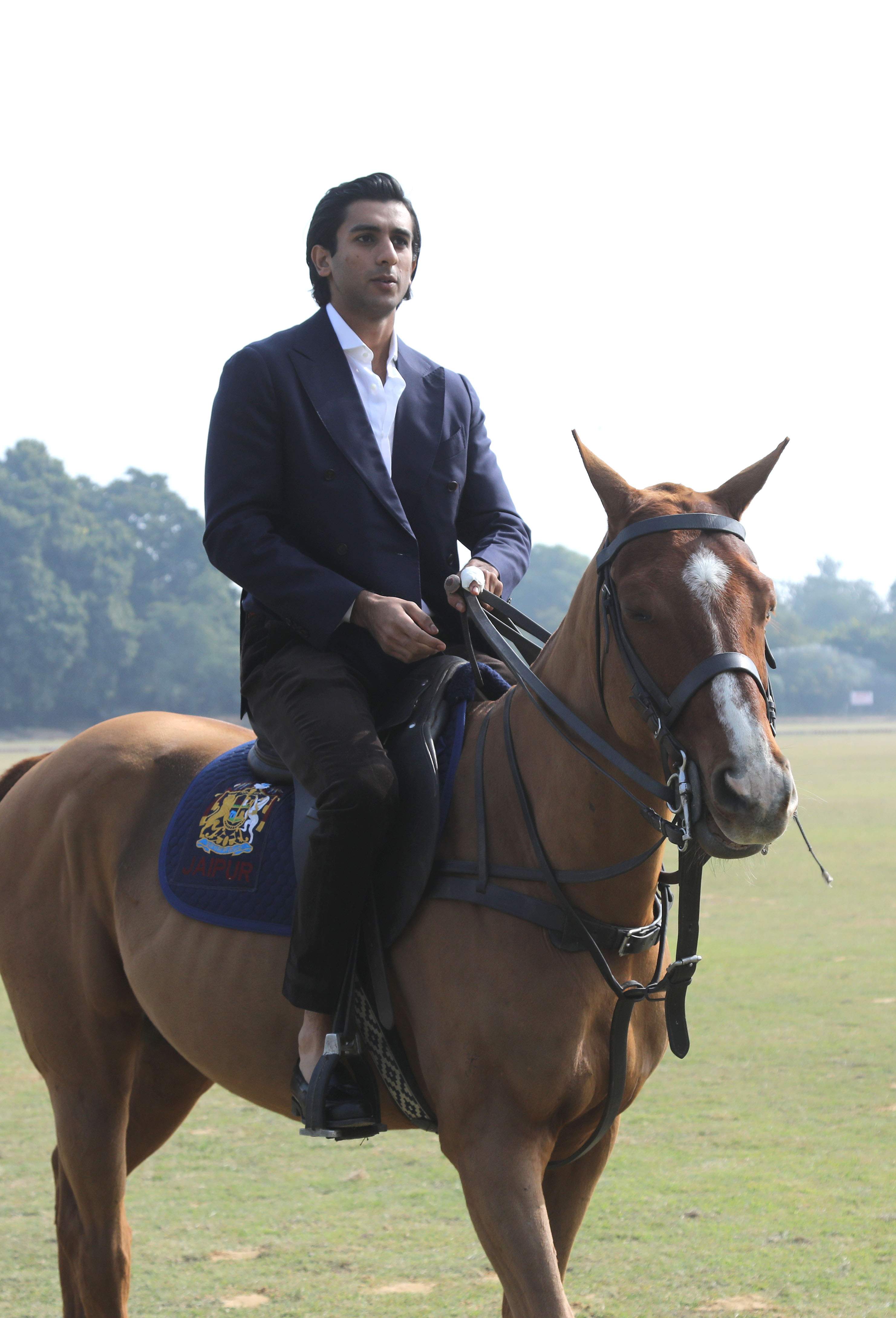 How has your journey been since your coronation?

It’s been a great learning experience. This has been a challenging and constantly changing role. We live in a modern world and your role is defined on a very regular and ongoing basis, so you have to carve out your own space and identify what you can really do. And something that I have learned till now is that it is important to associate with the right causes and things that you think could make the right impact towards a change. This is something that has kept me going, and of course, there has been personal growth. I don’t want to be a perfect product myself and I am only 23 and not through with my education, so it has been a lot about educating myself both in the conventional sense and also learning new ways. It’s about getting to know more about my city of Jaipur and all the beautiful things that it has to offer. It has been a little bit of everything. I have ambitions in polo and I take it very seriously. I am competing on a professional level now so it’s been a mix of learnings.

Your image as a royal is far from a conventional monarch. What is your idea of ​​a ‘king’ today?

I can talk about the Jaipur family and as the rulers of the city back in those days, the Maharajas never considered themselves above the population. They would believe in the concept of ‘first among equals’. You were never subjugated or were under the maharaja in anyways. They were working in a team and in a group environment. It was very common for them to sit with people from different castes when there was casteism in practice. My family always thought this was an outdated practice and never encouraged that. They always mixed with people very well and that was very naturally carried on by my great grandmother (Rajmata Gayatri Devi) who became a member of parliament and had popular public appeal. Similarly, my grandfather (Maharaja Bhawani Singh) who was the last officially recognized Maharaja of Jaipur joined the Indian Army to serve the country on the borders and there are many pictures that show him dining with his jawans. He never considered himself to be elite or above anyone or entitled. It’s the same with my mother. She is doing so much through her political position. It’s natural. I think as I grow I want to be one with the people and no different. At the end of the day, Jaipur is my city and my heart beats for the needs of the people. I never consider myself above or beneath. 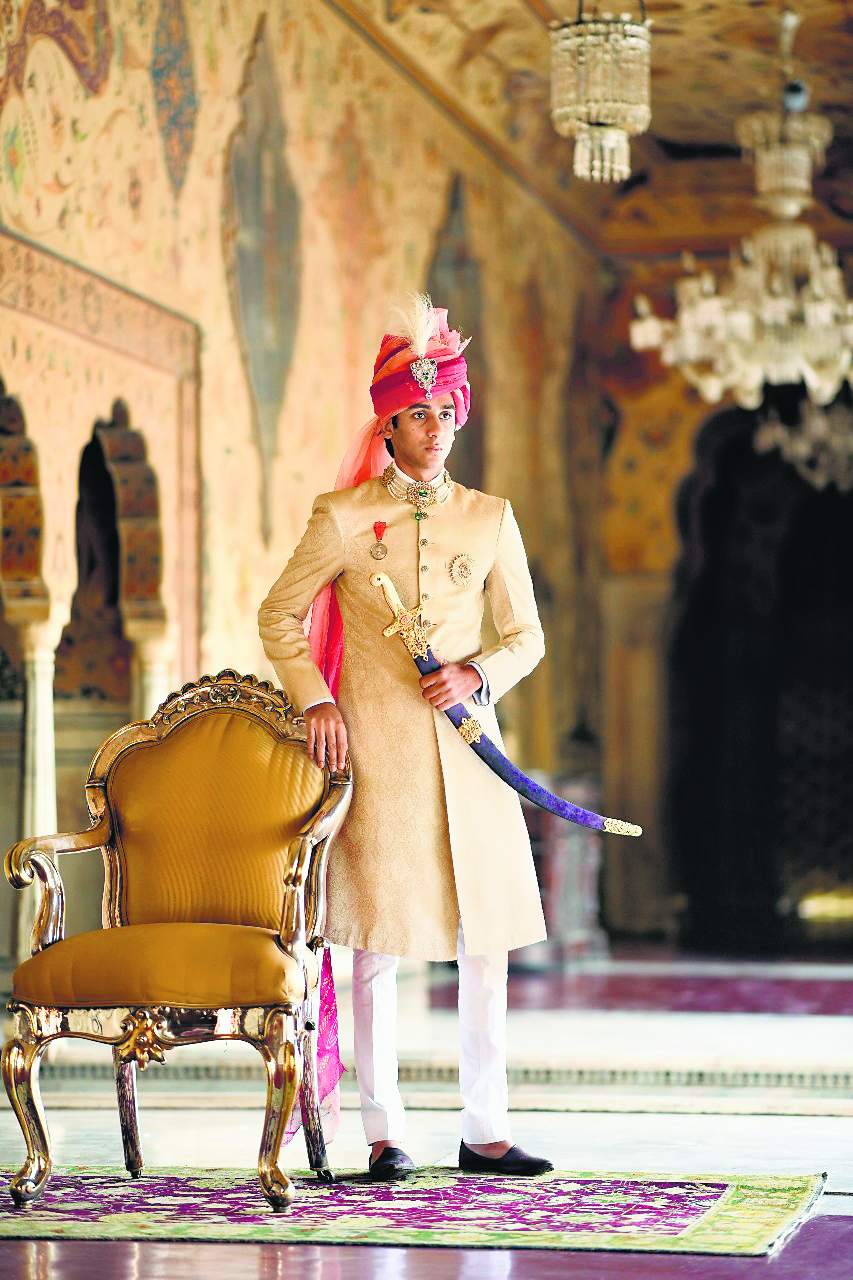 When did your fascination with polo begin?

In the beginning, of course, I knew that I have a history of sports in my family but that I believe drew me away from the sport rather than the other way around. As a kid, I wasn’t drawn to sports. It was much later when I joined boarding school (Mayo College, Ajmer) that I felt confident enough to take it up. I love horses. I have a deep-rooted passion for them. It gives me a lot of happiness to be with the horses, to ride and play polo. So, it just came naturally to me and I dedicated a lot of my time to that. I try to work as hard as I can and it does make me happy and satisfied that I get to be with horses and play polo. This is something that I can’t sum up in words. Polo is my passion.

How has the game evolved, over the years, since you started playing it?

Polo has been a favorite in cities like Jaipur and Jodhpur for over 50 years. People would engage with the sport on different levels, as players, spectators and tell you that they saw Prince Charles or Prince Philip and Queen Elizabeth play polo when they would come to India. That sort of died out in the last 20 years and certainly when I started playing, I did feel that not many young people were connecting with the sport. I really thought if I could with whatever little influence, do something to reignite the interest among youth and all age groups. It’s a beautiful sport and very eye-catching. It is therapeutic as well. Horses give you back what you give to them. I am trying to make it more popular, at least in Jaipur and make it more accessible.

You have walked global fashion runways, how do you describe your personal style statement?

I think it’s good to keep an open mind and you always have something to learn and the most unexpected people have something or the other to teach you. I have always been open to trying new things, educating myself everywhere and fashion runways are one of those places too. However, I like to keep my style statement simple. I am not too flashy with what I wear and it reflects on what I am feeling on that particular day. You should be able to pull off a pair of jeans as well as a tuxedo. So, I think a wide range is important in everybody’s wardrobe.

The makings of a maharaja

A good pizza from Baradari (A restaurant in City Palace, Jaipur).

What do you do to keep your mental health in check?

I spend a lot of time with my horse. Polo takes up a lot of time. I almost consider riding as meditation. It does wonders and it’s therapeutic. It helps me nurture some of my ideas about other things. It makes me feel positive.